As many of you know we spent the month of August near Medicine Bow, Wyoming digging dinosaur bones.

(Again-thank you to my patient customers who waited so long for their orders!)

Last year we were asked by Kirby Siber of Saurier Museum in Aathal, Switzerland to join a team he was putting together to dig every August in a previously worked dinosaur quarry that he holds the lease to recover on for the next five years. Kirby was probably one of our first customers when we started in the rock business nearly 40 years ago, and has remained a dear friend ever since. We had worked with him for a couple days on the Dana Quarry about 6 years ago and always wanted to go back. 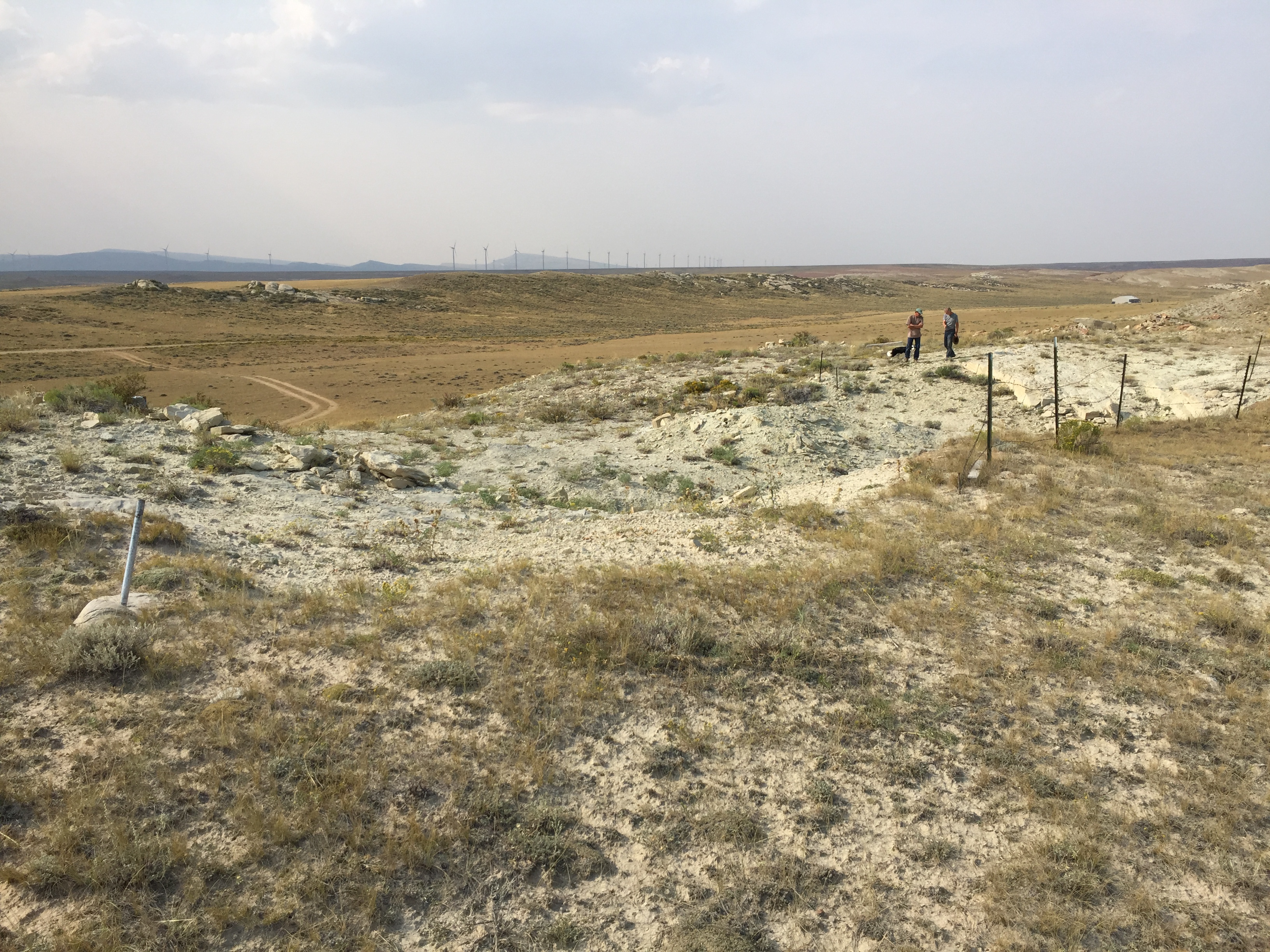 This was an amazing experience for us! We have been digging rocks and minerals for many years, but dinosaur bones are a whole different experience. It didn’t take us long at all to start to uncover bones. Since this is an established quarry, we located some bones that were previously located, tagged, and reburied. We recovered these and sent them on to the Thermopolis Museum. What we were hoping for is that near complete skeleton.

This particular quarry is difficult to work as it is in hard sandstone. Though we had to remove a lot of rock and dirt, it had to be done very carefully so as not to damage the bones. We spent a lot of time with screwdrivers and exacto knives. Some miscellaneous bones we collected, wrapped in foil, and tagged for further exploration.While looking for bones you use a lot of super glue and acrylic to protect the bones from damage. We discovered what we believe to be a prehistoric turtle and a crocodile skull!

But then we hit the plates of a Stegosaurus! Soon we discovered some of the vertebra, the hip, a femur and a humerus. Unfortunately our window for recovery was closing and it was time to pack up camp until next year. So we marked the bones, protected them with tarps and proceeded to replace all the dirt we worked so hard to move-back on top! The idea is to expose as much as the skeleton as possible in place, and maybe even recover it in big plates so that the museum can set up a display were visitors can watch as the excavation continues. 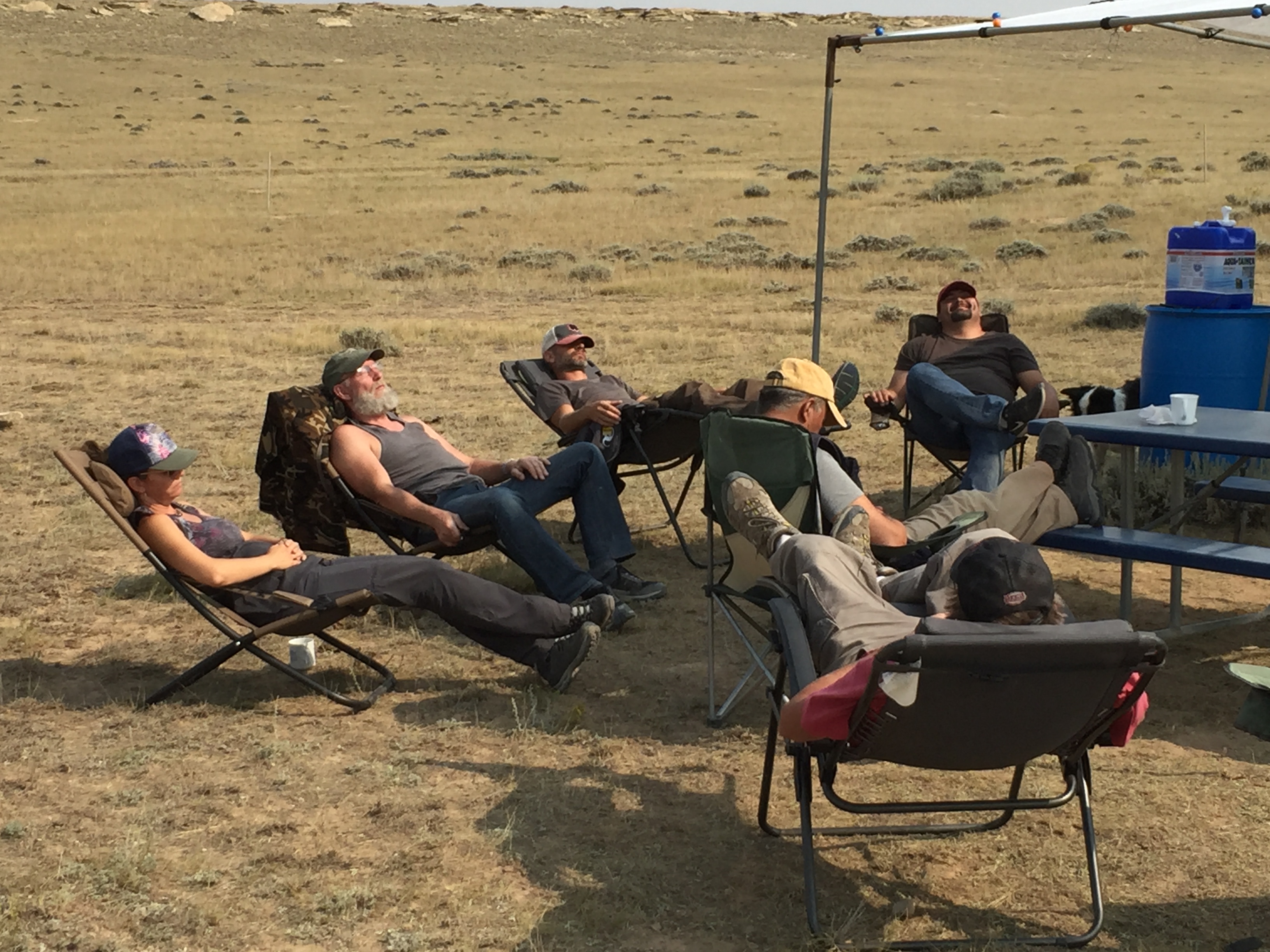 Medicine Bow is an interesting place. It’s the second windiest place in the U.S. And in that one month we experienced blazing heat, freezing cold, heavy winds, and even hail. We found 4 rattlesnakes in camp, and even almost burned down a historic building, the Virginian Hotel, when a dryer malfunctioned. The team Kirby assembled was amazing and we quickly became dear friends. Kirby is such a wealth of knowledge about dinosaurs, and his work and findings have contributed immeasurable amounts of information to the paleontology world. His sweet daughter Yolanda was lucky to grow up with him and is the perfect person to continue his work. Jean Claude and Aart are awesome people, easy to get along with and such hard workers. And Gael is the organizer who takes care of the details and all of us. We can’t wait to go back next year! 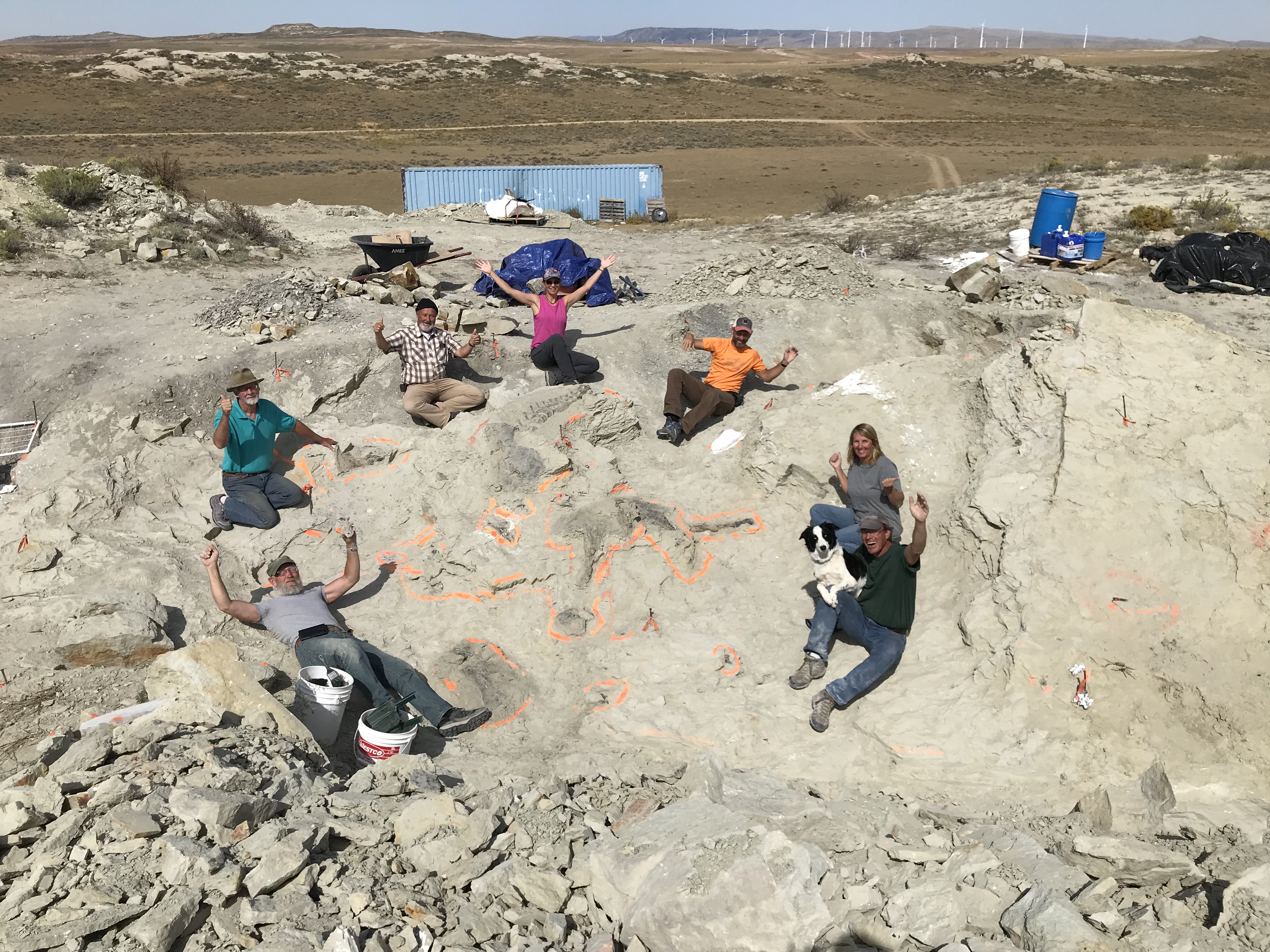 Learn more about the Stegosaurus dinosaur on Wikipedia.